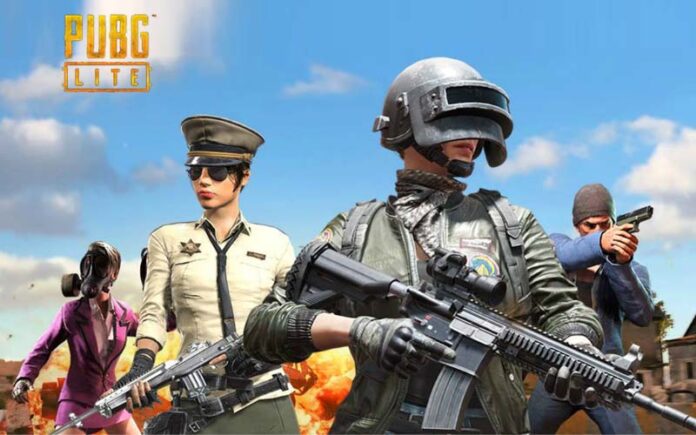 Pubg Mobile is one of the most popular battle royale games out there. However Pubg mobile acquires lots of space, and to run in smoothly you must have the latest Smartphone. But not everyone has such phones or devices.

This issue was soon recognized by Tencent games and it decided to launch a lesser version of Pubg. Pubg Lite is a free version of Pubg that can be played on low-end computers and laptops. It acquires less space of RAM and has some reductions in graphics details and other features, otherwise, it is the same as the original Pubg game.

Is PUBG Lite is good?

If you have a low storage mobile or Pc, We will suggest you play Pubg lite. Pubg mobile is a heavy game and requires a lot of storage; on the other hand, Pubg lite is a lighter version of Pubg with some graphics reductions and some other features.

Difference between Pubg and Pubg lite

If you have played both versions of Pubg, you might have noticed some differences between these two. If not, here is some worth of mentioning differences:

Pubg mobile requires at least 2 GB of RAM and about 2 GB of free storage. The processor of the phone is important for a better user experience.

On the other hand, Pubg lite has no such minimum requirements. It can run on any Android and can be players on Smartphone with at least 1 GB of RAM and about 500 MB of free storage

On the other hand, Pubg lite only supports two gaming modes- Arcade and Classic. Classic has one map, Erangel and Arcade have one War. Moreover Maps of Pubg lite are smaller in comparison to Pubg.

On the other hand, Pubg lite supports only two, Asia and South America.

But the Winner pass will give rewards more quickly and will expire soon in comparison to the Royale pass.

One of the important and most noticeable differences between Pubg mobile and Pubg lite is graphics. Pubg lite is made for devices of lower specifications and therefore the graphics are low and less real than the original version.

Is PUBG Lite banned in India?

The Indian government decided to ban Pubg main and Pubg lite in India on 2 September 2020. Ministry of Electronics and Information Technology banned then it was cited to store user’s data and invading piracy. Moreover, it allows the transmission of data over any private and unknown server.

Can Pubg lite and Pubg players play together?

The short answer for this is no, A Pubg Mobile and Lite players cannot play together. They both are completely different games and hence they cannot support cross-play.

Here are the following reasons why Pubg lite and Pubg players cannot play together:

– They are the difference between these two games.

Is Pubg lite full of bots?

Pubg Lite is a free version of the game and easily operable of systems with low specifications. Many players found almost no bots in their lobby. But even if there are some there are only very few in comparison to Pubg.

Why is PUBG so popular? [Detailed Guide on PUBG]

Is PUBg full of bots? What is Bot? How to identify Bots?